The history of St. James Lodge is rich in the stories of notable members who made significant contributions not only to the Fraternity, but also to the community at large. Baton Rouge has institutions, buildings and streets named after members of St. James Lodge, all as testimony to the public service performed these members.

The Dufrocq School is named for Bro. J. R. Dufrocq, who became the first Mayor of Baton Rouge in 1850. Upon his death, The Gazette and Comet said that in his capacity as mayor he served friends in all walks of life, devoting himself to the service of the poor and oppressed.

Lobdell Avenue is named after the family of James L. Lobdell and John L. Lobdell, who had signed the original petition requesting a charter for the Lodge.

James Harrison Dakin, the architect of the Old State Capitol, was another notable member of St. James Lodge. Born in New York in 1806, he came to New Orleans, and became a distinguished architect by 1835. During his life, Dakin earned the reputation as one of the top Greek Revival architects in the South. Upon winning a competition for the job of designing the Old State Capitol, he moved to Baton Rouge and petitioned to join St. James Lodge on January 5, 1848. The Capitol was completed in March 1852. Brother Dakin attended Lodge meetings regularly and the minute book reveals that he was very active in all Lodge business. He served on many committees and attended Masonic funerals in spite of the heavy work load of the capitol. 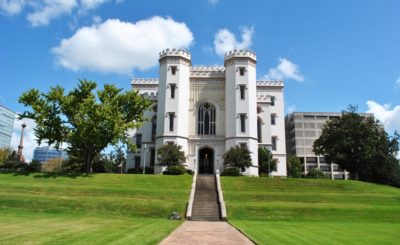 Members in the Military and Government

General A. S. Herron, as the first of three generations of Masonic leaders, is a notable member of St. James Lodge. His son-in-law, Charles Cecil Bird, served twice as Master of the Lodge – 1892-’93 and again in 1901-02. Herron’s grandson, Charles Cecil Bird, Jr., raised by his father in 1910, went on to serve as Master of the Lodge in 1919. Just three weeks before his death, he was elected to represent the sixth congressional district in the US House of Representatives. In 1866 he was elected the Attorney General of the state.

No more will his noble countenance beam with kindness upon his friends, and no more will his words of wise counsel be heard from the rostrum as in the past, when his people needed them in the hour of peril….His life was but a series of acts of unselfish devotion. Looking upon worldly goods as mere dross, he cared only to maintain his spotless good name and to serve his fellow beings and his country, whenever he was called by name, and in social and domestic life, there was no more attractive and delightful man. He was charitable, affectionate and always agreeable in every circle.

Thomas D. Boyd Hall and the Howe-Russell buildings on the Louisiana State University campus are also named after members of the Lodge.

Col. Thomas Duckett Boyd, president of Louisiana State University, became a Master Mason in St. James Lodge in 1907. Upon his passing, The Advocate described him as a shining example of gentleman and scholar in life,” and adds that Colonel Boyd left on history’s pages a record of service and broad constructive work which has bettered the lives of thousands, and opened the gates of opportunity to countless numbers.” According to Dr. Edwin L. Stephen, who wrote an article in the Alumni News Letter, Thomas Duckett Boyd comes nearer to being an incarnation of the spirit of the Louisiana State University and Agricultural and Mechanical college than any other living man.” 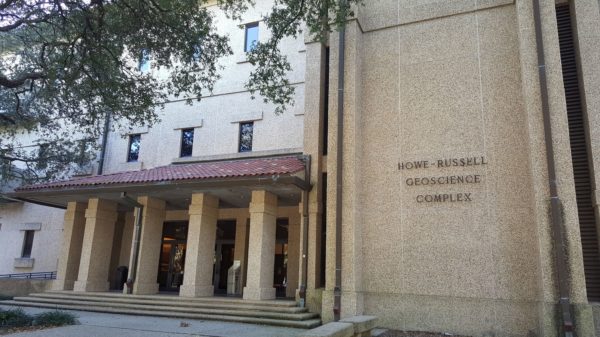